5 Places to visit if you are a Portuguese speaking Tourist in Cape Town.

The Portuguese explorers made many discoveries during the “age of discoveries” as it was called, and amongst them was the Cape of storms or Cabo tormentoso as Bartholomeu Dias named it, which was later changed to Cape Of Good Hope where we find the beautiful city of Cape Town.

So if you are a Portuguese speaking and visiting Cape Town for the first time, here are 5 places of Portuguese history that you should consider exploring: 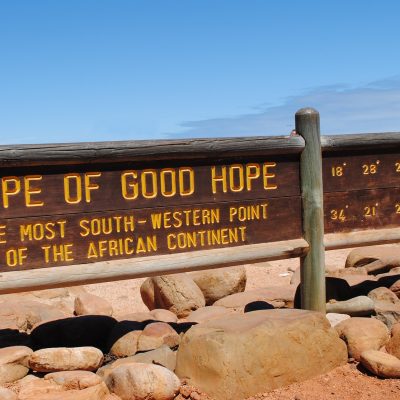 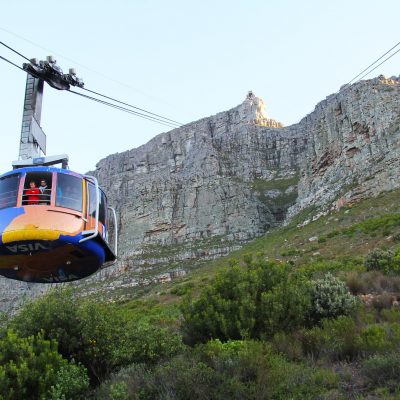 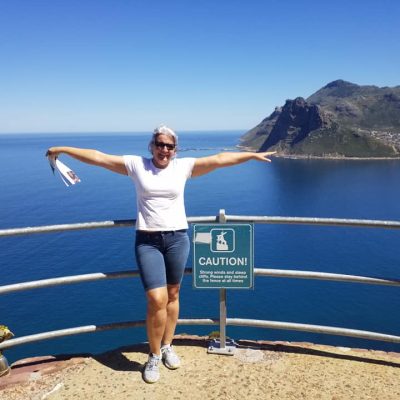 In 1501, Portuguese navigator Pêro de Ataíde sought shelter in Mossel Bay after losing much of his fleet in a storm. He left an account of the disaster hidden in an old shoe which he suspended from a milkwood tree (Sideroxylon inerme) near the spring from which explorer Bartolomeu Dias had drawn water. The report was found by the explorer to whom it was addressed — João da Nova — and the tree served as a kind post office for decades thereafter. João da Nova erected a small shrine near the Post Office Tree, and although no traces of it remain, it is considered the first place of Christian worship in South Africa.

The local post office has organised a wonderful way of communicating with the loved ones back home. The post box at the Old Post Office Tree can be used to post postcards and letters. A special frank is used on all outgoing mail to commemorate the fact that South Africa’s first post office was this tree! The reason for the boot-shaped letterbox is that it is presumed that the first letters were left at this old tree from the 1500’s in a sailor’s boot!

More recently, a boot-shaped post box has been erected under the now famous tree, and letters posted there are franked with a commemorative stamp. This has ensured that the tree has remained one of the town’s biggest tourist attractions.

Table Mountain was given its name in 1503 by António de Saldanha, a Portuguese admiral and explorer.[6] He called it Taboa da caba (“table of the cape”). The name given to the mountain by the Khoi inhaThe

In 1503 Antonio DE SALDANHA, Portuguese fleet commander, sailed into Table Bay. A native of Castile, in the Portuguese service, he left Lisbon in May 1503. Owing to an error, he sailed into Table Bay after having lost sight of his other two ships. DE SALDANHA followed the freshwater stream to the foot of Table Mountain and then climbed up Plattekloof Gorge. This place is at the crossing of the current Adderley and Strand Streets, where two mountain streams flowed into the sea. His is the first recorded ascent of Table Mountain by a European

Historically, Saint Helena Bay is the location where Vasco da Gama, first set foot in South Africa. The date of this event was recorded as November 7, 1497.

The bay was named Bahia de Santa Helena (Portuguese for its current name) after Saint Helena a devout, influential Christian and mother of Constantine I. This location was also the first setting of a battle between the indigenous Khoikhoi people and a European explorer took place.

L’Agulhas (or Agulhas) is a coastal village and holiday resort in the Western Cape province of South Africa. Located just north of Cape Agulhas, the southernmost tip of the African mainland, it is the southernmost settlement in Africa. It is situated next to the town of Struisbaai and about 30 kilometres (20 mi) south of the regional centre of Bredasdorp. The name “Agulhas”, Portuguese for “needles”, is said to have been given to the cape because the compass-needle was seen to point due north, that is, with no magnetic deviation. The Agulhas Bank is reputed to be the richest fishing area in the Southern Hemisphere.[2]

The Cape Agulhas Lighthouse, the second-oldest working lighthouse in South Africa, is at the southern end of the town. Designed by Colonel Charles Cornwell Michell in homage to the Pharos of Alexandria, the lighthouse was lit on March 1, 1849. Some 150 ships lay scattered along the South African coast, many due to the treacherous Agulhas Reef. It is in memory of the countless lives lost and to warn passing ships of the pending danger that the Cape Agulhas Lighthouse was designed and built. The lighthouse was declared a National Monument in 1973.

For three weeks a great storm raged along the Cape coast in January 1488. Bartolomeu Dias was on his latest expedition to chart the coast of Africa and find a way to the East (more..)

He had last sighted land on the 6th January, a range he called ‘the Mountains of Three Magi Kings’ (today, the Cederberg). Then the violent storm engulfed his two 50 ton Caravels and carried them in its fervour, south and east.

When they finally escaped, Dias swung north in search of land, and on the third of February entered a bay 170 miles east of the Cape (Mossel Bay). They could see men ashore herding cattle, and called the bay ‘Angra dos Vaqueiros’. Dias continued along the coast as far as Algoa Bay (Port Elizabeth) but turned back for the sake of his terrified crew.

On his return, in clear weather, he saw the Cape Peninsula for the first time and entered ‘the Gulf Within Mountains’ (False Bay). He erected a cross near Cape Point and spent a month at anchor drawing maps.

He returned to Lisbon with news of his discovery of the ‘Cabo Tormentoso’ (Cape of Storms). But for his princely sponsor, Henry the Navigator, had a better name – it was a ‘Cape of Good Hope’ for it promised a sea route to the riches of Asia. The discovery had been eagerly anticipated.